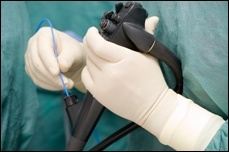 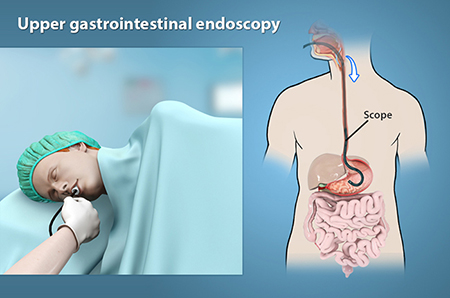 A gastroscopy, also known as an endoscopy is a procedure performed by a doctor, a well-trained subspecialist who uses the endoscope to diagnose and, in some cases, treat problems of the upper digestive system.

The endoscope is a long, thin, flexible tube with a tiny video camera and light on the end.

By adjusting the various controls on the endoscope, the doctor can safely guide the instrument to carefully examine the inside lining of the upper digestive system. 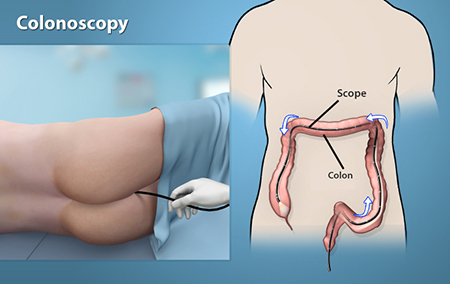 The procedure is done under general anaesthesia. The colonoscope is inserted into the rectum which gently moves up through the colon until it reaches the cecum (junction of small and large intestine). Colonoscopy provides an instant diagnosis of many conditions of the colon and is more sensitive than X-ray.

The colonoscope is then withdrawn very slowly as the camera shows pictures of the colon and rectum onto a large screen. Polyps or growths can also be removed by colonoscopy which can be sent later for detection of cancer.

Your physician may provide you written instructions and also will be communicate verbally on how to get prepared for the colonoscopy procedure. The process is called bowel preparation.

Gastrointestinal (GI) tract should be devoid of solid food; a strict liquid diet should be followed for 1 to 3 days before the procedure. Patients should not drink beverages containing red or purple dye. Liquids that can be taken before surgery include fruit juices, plain coffee, tea, and water.

Certain medications such as aspirin, ibuprofen, naproxen or other blood thinning medications, iron containing preparation should be stopped before the test. Iron medications produce a dark black stool, and this makes the view inside the bowel less clear.

A laxative or an enema may be required the night before a colonoscopy. Laxative is medicine that loosens stool and increases bowel movements. Laxatives are usually swallowed in pill form or as a powder dissolved in water.

Driving is not permitted for 12 hours after colonoscopy.